Stefhanie Connors is the Owner of Salty Dawg Equine Services. She is a horse enthusiast and have indulged herself in starting a business that surrounds her with all aspects of the equine community. She has all the tools in place to help you get where you want to go with your four legged friends.


She has been actively involved in the horse world for over a decade now. Her background is in Equitation. She has had the privilege of riding with many different successful trainers; Karen Quirk-Johnson (Hidden View Farm) being her head trainer. Along the way she has had the privilege of also learning from Paul Valliere (Acres Wild), Bill & Abby Lowry (Winsor Farm Sales Inc.) and in her college years with Ray Whelihan (Clear Run Farm). She has shown everywhere from local rated shows to on the road shows such as HITS and VSF.

Many of you are wondering where the random name of Salty Dawg came from. The story goes like this. Her first horse was a Holsteiner warmblood that was a seasoned veteran in the equitation world in his life time going to New England Finals as well as USET, and Maclay finals. When trying to pick a name she wanted something unique that no one else would have. "Salty" because he was from Long Island and the salty water. "Dawg" because he loved to cuddle no matter who you were just like a dog. Salty took her all through Junior years.

Salty passed away in 2012 RIP sweet boy. Thank you for all you taught me

Dixie - (also known as shop supervisor) RIP 2004-2021
An aged Black Lab mix, She enjoys watching from nearby in the yard while Stefhanie is hard at work. Dixie has been with Stefhanie from the start, and when at the shows it would be unusual not to see her manning the setup and greeting everyone that comes by as she is convinced they are really there to say Hi to her! She will surely be missed by many, the horse show scene wont be the same for Stefhanie without her by her side. 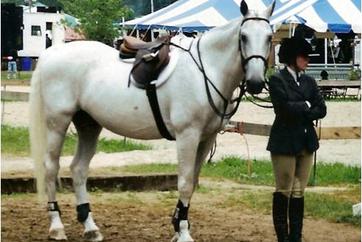 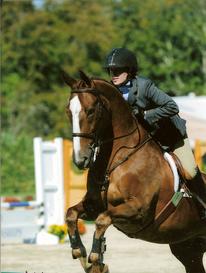 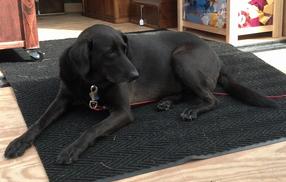 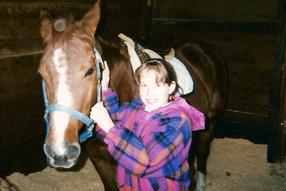 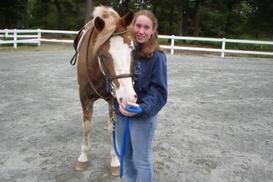 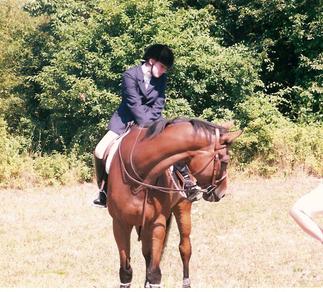 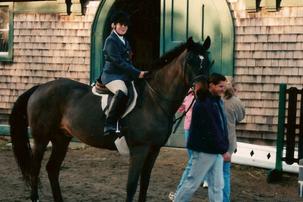 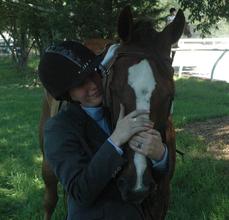 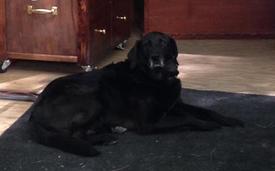 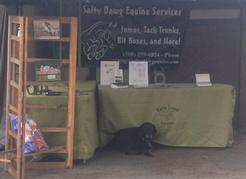